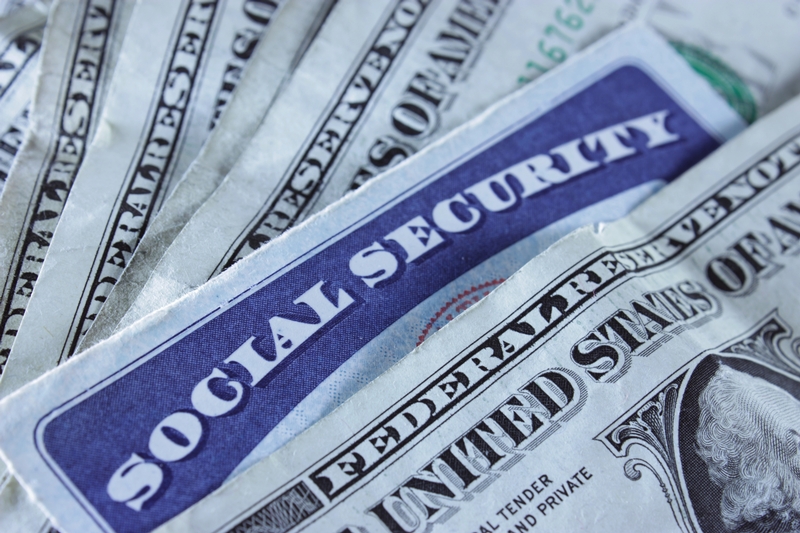 As with any government program, Social Security has numerous rules and instructions for receiving benefits. It is important for individuals nearing retirement to understand their options for Social Security payments so they can maximize the money the government returns to them.

Retirement income from Social Security is a simple process. The government levies taxes on current employees and places the money into the OASDI (Old Age, Survivors and Disability Insurance) Trust. Most of the funds are distributed immediately to current retirees, but any surpluses are left in the trust for future use. The size of each person’s Social Security benefit is derived from the average income of his or her 35 highest income years. It is meant to supplement retirement income, not be a retirement plan all on its own.

The most important piece of Social Security planning is understanding full retirement age (FRA). A person’s FRA is the age when they can receive their benefit payments at an unreduced rate. For people born in 1954 or earlier, the FRA is age 66; for those born after 1954, the FRA is 67. (Technically, those born from 1955-1959 have an FRA of 66 and some extra months; however, to keep things simple, this can be thought of as being age 67.)

While individuals can choose to begin receiving benefits as early as age 62, their monthly payment rate will be lessened if they do not wait until their FRA. Similarly, if a person defers benefits beyond his or her FRA (70 is the maximum age of deferment), he or she will receive larger monthly payments. At present, approximately two-thirds of retirees begin taking benefits at age 62 or shortly thereafter.

The age when retirees start to receive benefits affects monthly amounts because the Social Security Administration (SSA) calculates payment using average life expectancies. A person who takes benefits early may get lower payments, but should receive them over a longer period. Likewise, waiting for benefits until age 70 will produce higher payments, but the retiree will have less time to receive them.

Eventually, the cumulative totals of benefits equal out. If retirees live beyond this “tipping point,” a deferral on benefits can prove to be a huge advantage; however, if they do not live that long, they did not make as much use of Social Security as they could have. Typically, the tipping point is somewhere in a person’s early eighties.

The most fundamental strategy is deciding whether smaller, earlier payments will be more useful than later, larger payments. For those with serious health issues, taking benefits at age 62 may be an obvious choice for getting the most out of the program and assisting with high medical costs. On the other end, retirees in good health with sufficient resources may want to delay benefits as long as possible. Approximately one out of every four people who make it to age 65 will make it to age 90. If such longevity seems possible for a person, patiently waiting for the largest possible payments can end up being a great help when other retirement assets begin to dwindle.

In addition to delaying benefits, a person can increase their Social Security income by continuing to work. Since Social Security is determined from a worker’s top 35 income earning years, sticking around at a job can help a person raise his or her average income, especially if he or she has less than 35 years of income on record.

Marriage can be an excellent tool for extracting more benefits from Social Security. Several useful strategies can be accessed because couples have spousal benefits, joint survivability and the ability to transfer monthly payments. Using both incomes and benefit claims carefully, a couple’s retirement plans can gain significant value from Social Security.

The most commonly used part of a couple’s Social Security benefits is that a surviving spouse can exchange his or her benefit for the deceased’s benefit. This often encourages the higher earning spouse to delay benefits until he or she has reached FRA or age 70. That way, no matter which spouse dies first, the survivor will be guaranteed the highest possible payout rate.

Couples can take advantage Social Security to gain extra money if they organize their use of spousal benefits. An opportunity is created because retirees are allowed to switch from a spousal benefits to their personal benefits later on. The process can get very tricky and retirees should always seek professional advice when planning the best way to proceed.

Social Security allows retirees who have reached their FRA to suspend active benefits. Once suspended, credits build up and increase the value of monthly payments for when the benefits resume distribution. This means a person is able to activate his or her personal benefits, allow his or her spouse to activate the spousal benefit and then immediately suspend the personal benefits until age 70, whereupon they will pay at a higher rate.

This strategy is significant because it allows both spouses to get the maximum personal payments at age 70, while also allowing one spouse to receive spousal benefits for a few years prior. This strategy has no impact on personal benefits and can be thought of as a way to get “free” money from social security.

For both spouses to receive the maximum benefit at age 70, it is extremely important that neither spouse activate benefits before their FRAs. A spouse who activates personal benefits before his or her FRA will not be able to suspend them until he or she reaches FRA, at which point, some of the deferment credit has been lost. More importantly, if the spouse filing for spousal benefits tries to claim them before his or her FRA, Social Security will automatically enroll him or her in both personal and spousal benefits, distributing whichever has the higher value and ruining the strategy.