The Golden Rule of Retirement Income 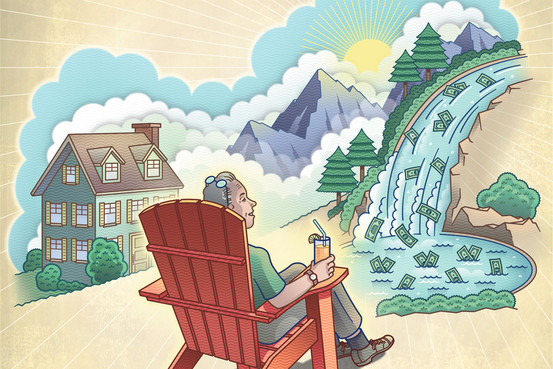 At some point during everyone’s life, the same question comes up – “How much can I spend during retirement?” The answer, of course, can vary drastically from person to person. The answer can change from year to year. The answer can depend on the size of your retirement savings, or depend on other income streams such as a pension or Social Security. Or, rather disconcertingly, there may not be a single right answer. But there is a rule of thumb.

The 4 Percent Rule, as it has come to be known, states that retirees can withdraw 4 percent of their initial retirement portfolio balance, then adjust that dollar amount for inflation each year. The rule claims that it ensures the portfolio will last for at least 30 years. This is a beautifully simple answer to the age-old retirement spending question, but it’s application has withstood the test of time. Literally.

In 1994, MIT graduate Bill Bengen changed the vocabulary of every retirement planner by backing up his theory. A series of computer models were run to test the initial hypothesis. The idea was that if a retiree had 50/50 split between stocks and bonds in a portfolio, the 4 percent withdrawal would create a paycheck for life. The analysis ran the portfolio through every 30-year period, dating back to 1926. All simulations were successful.

While The 4 Percent Rule is by no means a law of nature, it is important to note the economic cycles through which it persevered. The Great Depression, the elimination of the gold standard, low interest rates in the 1950s, stagflation in the 1970s, and numerous recessions were all included in the analysis. Notably missing, because they hadn’t occurred yet, are the tech bubble burst in 2000 and the sub-prime mortgage crisis in 2008. The current environment of low interest rates and highly valued stock markets are bringing the validity of the rule back into question.

The rule has been criticized, celebrated, and even refined since it was initially published. Mr. Bengen himself later raised the rate to 4.5 percent by utilizing a more diversified portfolio. Skeptics maintain that the model only focuses on a specific historical economic perspective (hindsight being 20/20), and does not account for other variables such as changes in tax rates, internal investment costs, high inflation or variable spending habits. This is where the rule can get tricky, and is the reason that it is mostly regarded as just a good starting point. Wade Pfau, a well-respected researcher within the financial planning community, recently tested the rule using different combinations of these events –

That’s the trouble with this strategy. Most of the time, you underspend, yet you still run the risk of running out.”

So, the big takeaway is that the answer is different for everybody, but 4 percent is a good start. In any economic conditions it will always behoove the retiree to set a plan, monitor the plan, and adjust the strategy as life changes.